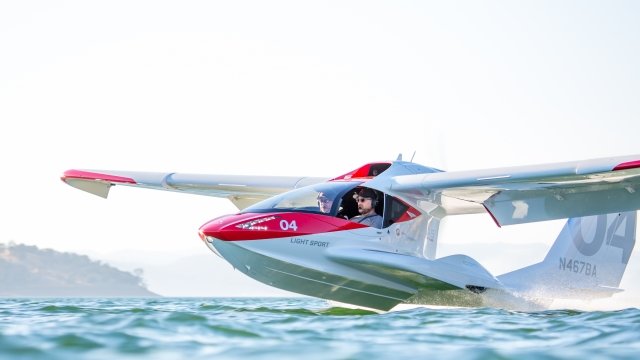 Some aviation experts argue that pilots who have little airtime shouldn't fly aircraft at low altitude.

The Icon A5 isn't your typical airplane. The so-called "sports car with wings" is small and easy to fly. But in the wake of the recent crash involving retired baseball pitcher Roy Halladay, experts say marketing a plane for "non-pilots" and low-altitude flying is a recipe for disaster.

The A5 is an amphibious sport plane, meaning it can take off and land from the ground or water. To fly it, pilots only need a sport-pilot license, which requires less than half the amount of flight hours as a traditional pilot license.

But some aviation experts think pilots with such little flying time shouldn't fly aircraft at low altitude — even if planes are designed for that purpose. Low-altitude flying is especially difficult and typically involves extensive training beyond certification for a pilot license.

A new report says pilotless planes are feasible, and they could save the airline industry billions.

The National Transportation Safety Board hasn't determined the exact cause of Halladay's crash, but low flying was found to be a primary factor in another A5 crash that happened earlier this year. The incident killed Icon A5 designer Jon Murray Karkow and another company official. Karkow entered a canyon while flying too low and struck a canyon wall.

Icon released a new set of low-altitude flying guidelines after that crash, but the company also said pilots are ultimately responsible for their own safety when operating the aircraft. Icon even requires anyone buying an A5 to sign away their rights to sue the company in the event of an accident.

Icon has released a statement expressing its condolences to Halladay's family. It is also supporting the ongoing NTSB investigation.