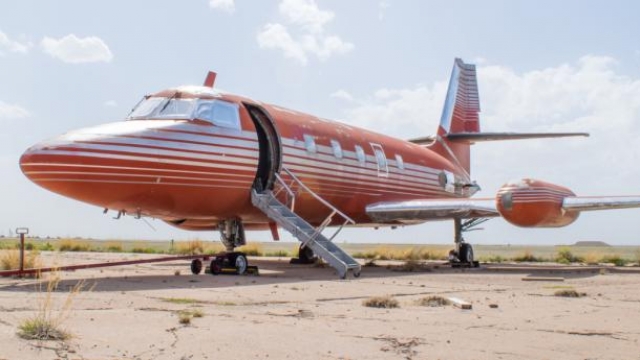 A private jet once owned by Elvis Presley just sold at auction for $430,000.

A private jet that used to belong to Elvis Presley just sold at auction for $430,000 — but don't count on it flying by you anytime soon.

The plane sat on a runway for the last 35 years. The cockpit needs restoration and it also has no engines.

Still, the auction house says the jet could make the new owner millions of dollars if the plane is used as an exhibit.

Each year thousands of fans flock to Elvis' Graceland Estate in Memphis to see two different planes Elvis once owned.

According to The Telegraph, the jet's previous owner hosted some tours, but none in the last five or six years.

The new owner has remained anonymous, so even if they do open up an exhibit, we don't know where it'd be.

These Papers Created Professional Baseball As You Know It

The National League's founding documents are up for auction, and they may go for millions.

But we do know if it's not on that runway where it's sitting right now, the plane will have to be disassembled to be shipped.