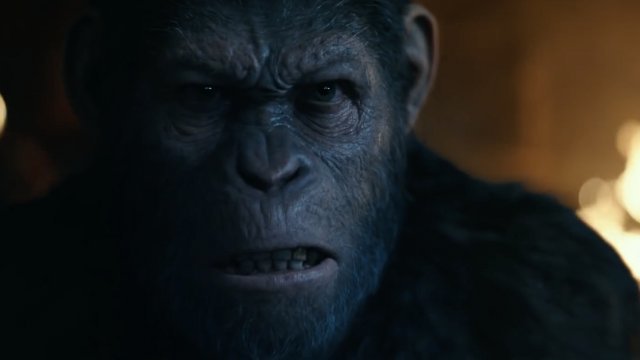 "Spider-Man" had one of the biggest second-week drops in Marvel history, making way for "War for Planet of the Apes" to take the No. 1 spot.

This week's No. 1 movie proves that human beings just can't get enough of a good ol' man-versus-ape battle.

"War for the Planet of the Apes" took first place at this weekend's box office, pulling in an estimated $56.5 million.

The final installation in the new "Planet of the Apes" trilogy stays true to its roots: It contains several nods to the original 1968 movie that spawned the franchise.

So far, the 2017 summer box office has seen a lot of flops. But "Spider-Man: Homecoming" might help turn things around.

Last weekend's favorite took a hit in its sophomore weekend, bringing in an estimated $45 million — 61 percent less than last weekend. That's one of Marvel's biggest second-weekend drops ever.

But let's put things in perspective here: "Homecoming" boasts the second-best domestic debut in the "Spider-Man" saga and Sony's second-best debut, period. So, not exactly a flop.

And it must be a great weekend for franchises: Taking the No. 3 spot is "Despicable Me 3." The movie brought in just under $19 million its third week out.