Planned Parenthood Shooting Suspect: 'I'm A Warrior For The Babies' 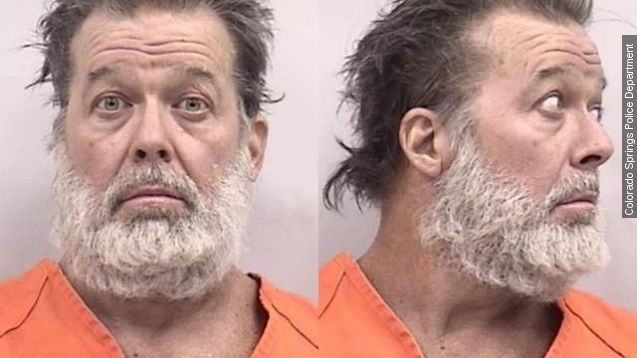 The man accused of killing three people at a Planned Parenthood in Colorado Springs, Colorado, reportedly admitted his guilt in one of more than a dozen outbursts in court Wednesday.

A reporter said Dear repeatedly interrupted the proceedings, at one point saying, "I’m a warrior for the babies.” Authorities also said Dear told them "no more baby parts" after his arrest. (Video via KMGH)

Dear said he’s guilty and that a trial is unnecessary. He is being held without bond. Prosecutors haven’t said if they’ll seek the death penalty.