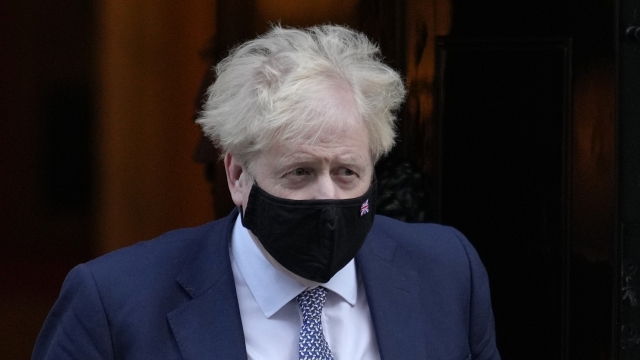 The British prime minister issued an apology after admitting to attending a garden party in 2020 while the country was under a strict lockdown.

Prime Minister Boris Johnson apologized Wednesday for attending a garden party during Britain’s first coronavirus lockdown, but brushed aside demands that he resign for breaching the rules his own government had imposed on the nation.

The prime minister is accused of hosting a garden party in 2020 amid a nationwide lockdown that lawfully barred Britons from gathering.

The apology, which stopped short of admitting wrongdoing, was Johnson's attempt to assuage a tide of anger from the public and politicians over accusations he and his staff repeatedly flouted pandemic restrictions by socializing when it was banned.

The “partygate” scandal could become a tipping point for a leader who has weathered a series of other storms, with some members of Johnson's governing Conservative Party saying he must quit for breaking the rules.

Douglas Ross, the leader of the party's Scottish wing, said Johnson’s “position is no longer tenable,” and "I don’t think he can continue as leader of the Conservatives.”

Trying to calm the furor, Johnson acknowledged for the first time Wednesday that he went to a May 2020 garden party at his Downing Street office, though he said that he had considered it a work event to thank staff for their efforts during the pandemic.

“I want to apologize," Johnson told lawmakers during his weekly Prime Minister's Questions session in the House of Commons. “With hindsight, I should have sent everyone back inside.”

An invitation to “bring your own booze” to a “socially distanced drinks” gathering was emailed to about 100 government staff by a senior prime ministerial aide — though Johnson's office says he did not receive it.