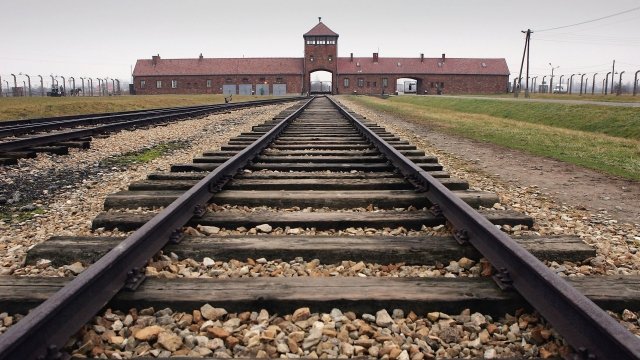 Poland's senate passed legislation that would make it illegal to accuse Poles of being complicit in Nazi-related crimes, like the Holocaust.

Poland's senate passed controversial legislation that would make it illegal to accuse Poles of going along with Nazi-related crimes, like the Holocaust.

The bill was approved 57 to 23 on Thursday morning, with two abstaining. But it won't become law until Polish President Andrzej Duda signs it.

If and when he does sign, anyone who'd be convicted under the new law could face a fine or up to three years in jail.

Supporters of the bill say it's necessary to defend Poland's reputation.

But others, including the U.S. State Department and officials in Israel, fear the legislation could undermine free speech or be seen as an attempt to rewrite history.

As Israeli Prime Minister Benjamin Netanyahu said in a statement last week, "One cannot change history, and the Holocaust cannot be denied."