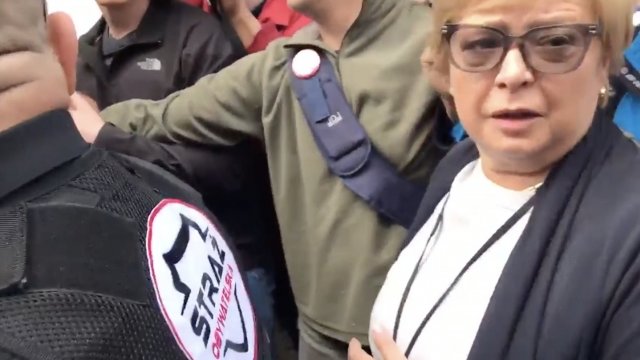 Poland's top Supreme Court justice showed up for work on Wednesday — even though the government effectively put her out of a job just hours before with a controversial new law.

The new law was introduced by Poland's right-wing Law and Justice Party and went into effect at midnight Tuesday. It changes the mandatory retirement age for judges from 70 to 65, which would force 27 of 72 Supreme Court justices off the bench.

Video footage shows top justice Małgorzata Gersdorf entering the Supreme Court building surrounded by a crowd of supporters. CNN quoted her as saying, "My presence here is not about politics, I am here to protect the rule of law."

The 26 other justices also showed up for work Wednesday.

Poland's government says the new rules are necessary and will help strengthen democracy.

But critics are calling the move a purge, and thousands of people took to the streets to protest against the legislation.