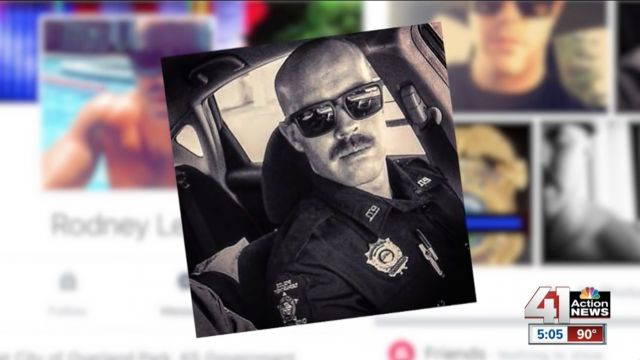 The department investigated and fired the officer the same day it was notified of the post.

Just hours after a sniper started shooting police officers in Dallas, a Facebook notification told Dallas resident LaNaydra Williams about a new comment on a picture of her daughter she posted two years ago.

Facebook user Rodney Lee wrote, "We'll see how much her life matters soon.. better be careful leaving your info open where she can be found :) hold her close tonight, it'll be the last time."

"I felt horrified because I don't know these people. And when I click on the guy's, Rodney Lee's, picture he's a cop," Williams told Newsy's partner KSHB.

The post came from the personal Facebook page for Rodney Wilson, a police officer for Overland Park, Kansas, and someone Williams has never met.

Williams told KCTV she called the Overland Park Police Department to report the officer. The department initiated an investigation and fired Wilson that same day.

Overland Park's police chief publicly apologized for that officer's actions and said, "I will continue to hold the employees of the Overland Park Police Department accountable for its actions on and off-duty. ... No one should be subjected to any type of discrimination or this kind of behavior." A criminal investigation is underway.

This video includes images from the Overland Park Police Department and clips from WFAA. Music provided courtesy of APM Music.