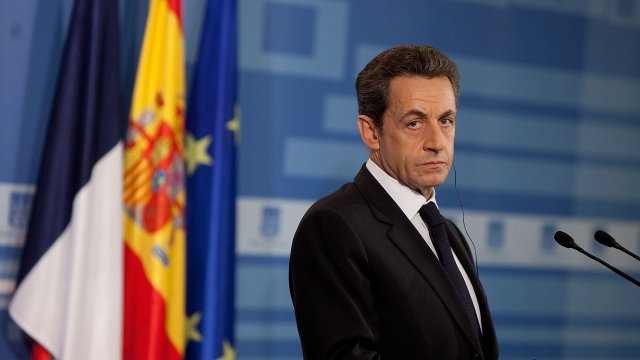 Police reportedly took former French President Nicolas Sarkozy into custody Tuesday so he could be questioned about his 2007 election campaign.

Sarkozy was president from 2007 to 2012. Investigators are looking into allegations that he took funds from the late Libyan dictator Moammar Gadhafi to finance his winning campaign.

The Guardian reports it's the first time police have questioned Sarkozy about this line of funding, though the outlet reported back in early 2013 that Gadhafi's regime secretly gave Sarkozy more than $61 million in funding. That's more than double what the legal campaign funding limit was at the time.

A judge has already ordered Sarkozy to stand trial in a separate campaign finance case stemming from his failed re-election campaign in 2012.