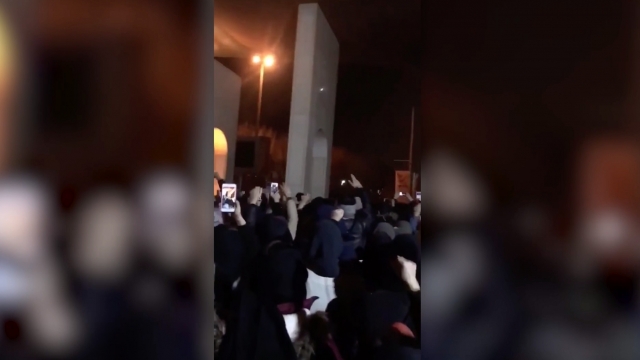 Demonstrations were in opposition over Iran's admission it mistakenly downed a Ukrainian commercial airliner.

One video shows a crowd of protesters running away and another shows demonstrators coughing while escaping tear gas. Multiple outlets report at least one protester was injured.

Groups took to the streets in Tehran over the weekend after Iran said it mistakenly shot down a Ukrainian commercial airliner, killing all 176 people on board.

President Donald Trump responded to the violence in a tweet Sunday. He told Iranian officials to not kill protesters saying, "The World is watching. More importantly, the USA is watching. Turn your internet back on and let reporters roam free! Stop the killing of your great Iranian people!"