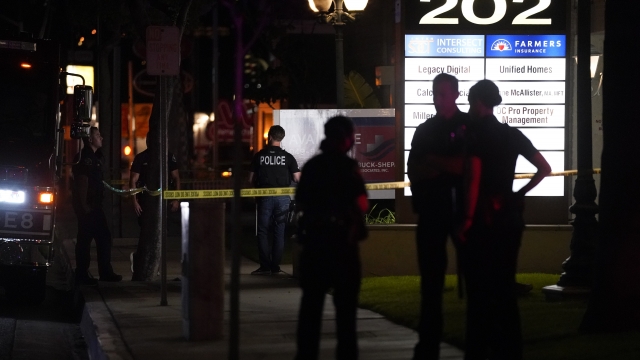 Wednesday evening, four people were killed, including a nine-year-old boy at an office building in Orange, southeast of L.A.

We have some new details about the deadly shooting at a California office building.

It was not random. Police believe the gunman's motive may have involved personal or business relationships.

Wednesday evening, four people were killed, including a nine-year-old boy at an office building in Orange, southeast of L.A.

Police said the suspect knew all of his victims.

He had locked the front and back gates to the building with bicycle chains. Police had to use bolt cutters to enter the complex.

The gunman was arrested and is in the hospital.