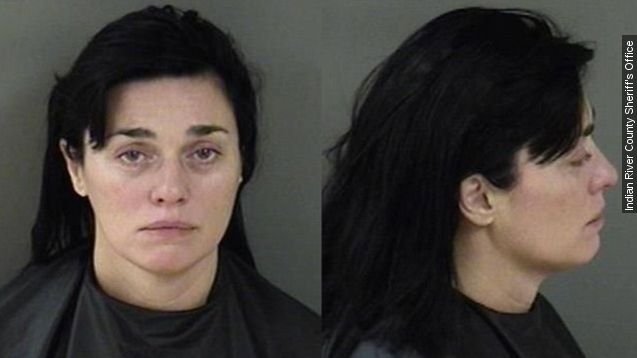 Police say a Florida woman hit her fiance in the head because she thought her engagement ring had previously belonged to his ex-girlfriend.

There are just some gifts you don't regift. And engagement rings are one of them.

According to police, when a Florida woman's fiance presented her with a ring that he had allegedly once given to an ex-girlfriend, she hit him in the head with a piece of metal.

According to an arrest affidavit, the woman was "looking through old photos of [her fiance] and noticed a picture of [him] and his ex-girlfriend." And that photo apparently featured the other woman wearing her ring.

Her fiance told police he'd tried to calm her down and said it wasn't the same ring.

The woman was later arrested for misdemeanor battery, and The Smoking Gun reports she's been instructed to stay away from her now ex-fiance.