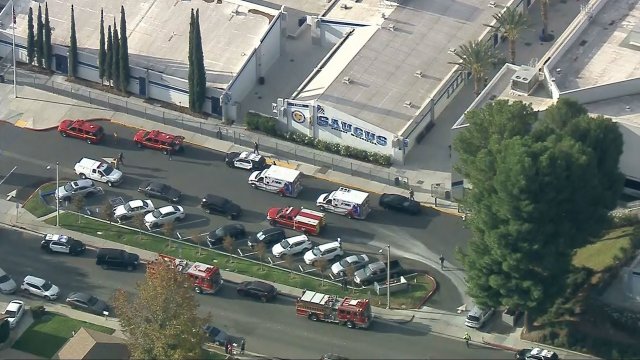 Police confirmed Friday that the 16-year-old suspected of carrying out the Saugus High School shooting in California has died.

Los Angeles County police said five people, not including the suspect, were sent to the hospital Thursday. At least two of them have died: a 14-year-old boy and 16-year-old girl.

Police said Thursday they were conducting interviews with every student at Saugus High School before releasing them to their parents. The FBI was also on the scene.