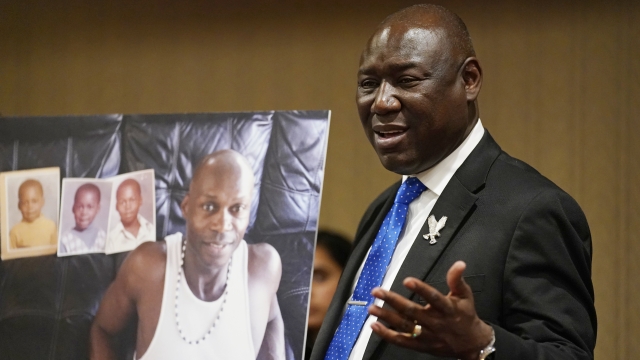 Nearly three months after President Biden's plea to get something passed by May 25, negotiations continue to fade as time passes.

Prospects seem increasingly faint for a bipartisan Senate deal on overhauling policing practices as deadlocked lawmakers have fled the Capitol for August recess and political pressure for an accord eases with each passing week.

Bargainers insist they’re still talking and haven’t abandoned hope, though they’ve repeatedly blown past self-imposed deadlines. This spring, President Joe Biden pumped momentum into talks with a nationally televised address telling Congress to “get it done” by May 25, the anniversary of a Minneapolis police officer’s killing of George Floyd.

Now, Washington's focus is shifting to the president's drive to spend trillions on social, environmental and public works programs, one of many budget showdowns that will clog Congress' autumn calendar. With next year's elections for House and Senate control edging closer, both parties are increasingly compelled to bank on issues they can use against their rivals, weakening the political will for compromise.

“We all have to make sure we don't lose this moment,” Ben Crump, an attorney representing the families of Floyd and other Black victims of police shootings, said in an interview Thursday.

The bipartisan deal was struck in the Senate earlier this week and sailed through both chambers Thursday.

The slow fadeout from top-tier concern to background noise illustrates how contentious issues sometimes die in Washington – not with clamorous showdown votes but with a gradual realization that people simply aren't talking about this anymore.

Former President Donald Trump's frequent promises for highway and other infrastructure projects and former President Barack Obama's efforts to close the U.S. military prison for detained terrorism suspects at Guantanamo in Cuba both just ebbed away.

The Senate's policing talks are aimed at writing compromise legislation curbing law enforcement agencies' use of force and making them more accountable for abuses.

For months, bargainers have been stymied over Democrats' demands to make individual police officers accused of abuses liable for civil penalties. It's currently difficult to pursue such actions in all but the most egregious cases. Republicans and law enforcement groups like the Fraternal Order of Police have resisted easing those limitations.

Negotiators are also divided over whether to ease the standards for bringing criminal cases against officers for excessive use of force.

As the Senate began a brief break in June, bargainers announced they'd reached a bipartisan "framework" for an agreement. However, they provided no detail and never produced evidence that their outline, whatever it was, was meaningful.

Both parties have voiced suspicions that their opponents are more interested in using policing as a campaign issue than they are in addressing police violence.