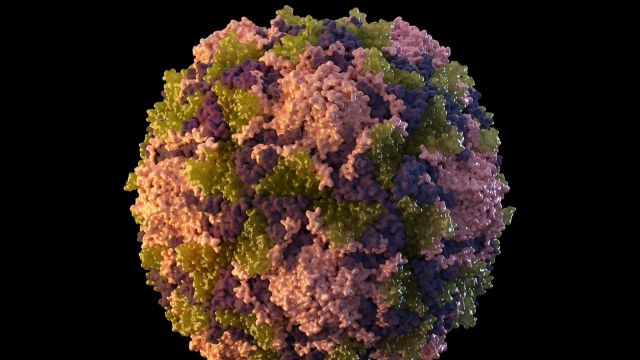 Polio is now spreading in cities like New York, London and Jerusalem.

Eric Cioé-Peña is the director of global health for Northwell Health.

"For most people, it means check your vaccination status and make sure you're vaccinated against polio," Cioé-Peña said.

New York City health officials are on high alert after a recent detection of polio virus in the city's wastewater.

"We eradicated polio from the United States using vaccination. The only reason why it's back is because some people have opted not to vaccinate either their children or themselves. There is no other way that polio can exist in the United States, period," Cioé-Peña said.

Last month, a case of paralysis from polio was identified in an unvaccinated young adult in Rockland County, 30 miles north of New York City.

Dr. José Romero is the director of the CDC's National Center for Immunization and Respiratory Diseases.

"It's the rare case that causes paralysis, so that means there must be several hundred other cases in the community circulating before you see this one case," Romero said.

The CDC says about one out of every four infected people have flu-like symptoms.

It can sometimes be confused with other illnesses.

"That is, you know, one of the reasons why it's called a silent killer is because, you know, it's really tough to predict who's going to have that other than the fact that they're not fully vaccinated," Cioé-Peña said.

The CDC says roughly one in 200 infections can lead to partial or full paralysis.

For the first half of the 20th century, polio terrified parents around the world.

Experts say the virus mainly affects children under five, but any person can get it if not vaccinated.

Health experts say it can spread and mutate into a harmful version of the virus in under-vaccinated communities.

In Rockland County, vaccination rates are about 60%, compared with 93% nationwide.

"In Rockland County, there was communities where we dropped below the acceptable vaccination rates that herd immunity was no longer protective and we started seeing cases again," Cioé-Peña said.