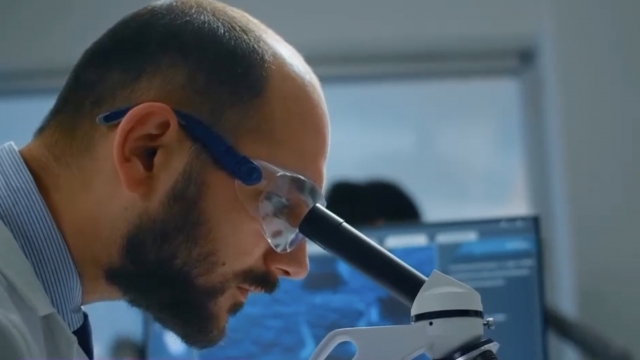 Scientists have found genetically linked samples suggesting the virus has mutated and has been spreading in Britain since February.

Polio virus is spreading in Britain for the first time in decades.

A national incident has been declared by the U.K. Health Security Agency, which has alerted the World Health Organization.

The virus was detected by scientists at one of London's largest sewage treatment works.

It is believed a small number of people in East London have the virus, and health leaders have launched a search for the infected people.

Routine tests uncovered a weakened version of the virus, which had mutated and spread, derived from a live vaccine.

Polio injections offered in the U.K. contain a completely inactivated, dead form of the virus. But for people who live outside of Europe, the oral vaccine, which is a weakened live version of polio, is often the best option.

It's believed someone who traveled to the U.K. from Pakistan, Afghanistan or Nigeria brought with them this weakened vaccine version of the virus.

Scientists have now found genetically-linked samples suggesting the virus has mutated and has been spreading in Britain since February.

"The vaccine virus does have the potential to cause paralysis if it has mutated and there is evidence that this vaccine virus is beginning to mutate. But the single biggest message for individuals is that they can prevent any risk from that virus by being fully vaccinated," U.K. Health Security Agency Head of Immunization Dr. Mary Ramsay said.

The last community outbreak in Britain was in the 1970s. And while health officials insist the current risk to the population is low, there is concern. That's because in pockets of London, the polio vaccine rate is very low. Just 35% of 14-year-olds are fully vaccinated in one borough, and six other areas have similar figures. And that's what is worrying senior experts.

"It's a concern because we've seen isolated detection before, actually of polio, but never this linked detection and these genetic changes. So this suggests that there is real community transmission going on, albeit at a low level, but nevertheless, we need to keep an eye on it and we certainly need to make sure people are vaccinated," University of Warwick virologist Dr. Lawrence Young said.

Sewage will continue to be monitored by scientists, with concerns that what was once a harmless vaccine virus could continue to mutate into the wild type form that was endemic in Europe from Victorian times.