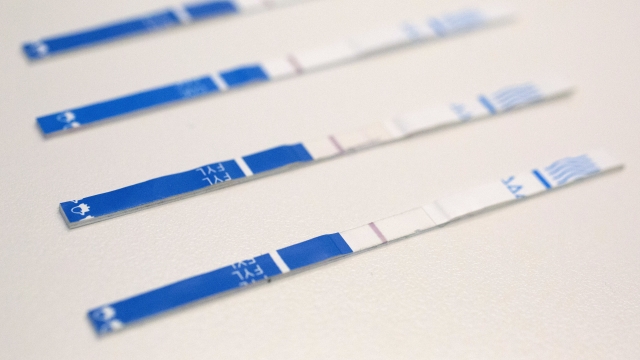 As drug overdoses are on the rise across the nation, more states are beginning to decriminalize fentanyl testing strips.

Across the country, families are mourning the loss of loved ones due to overdose from fentanyl-laced drugs.

Now, politicians are stepping in to legalize a once illegal method of testing for the presence of fentanyl.

Test strips are illegal in about half the country under laws adopted decades ago. They show the presence of fentanyl in drugs by indicating a negative or positive result.

Katie Schumacher, from Milwaukee, Wisconsin, says her brother died from a pill that contained fentanyl.

"These strips are really what's going to tell you what you're taking and if it's safe," she said. "I absolutely think if these test strips were not just available, but widely available, he could still be here today."

Fentanyl is a synthetic opioid that is up to 100 times stronger than morphine.

According to the CDC, synthetic opioids, including fentanyl, were involved in about two-thirds of U.S. drug overdose deaths last year.

Some bars have begun to provide customers with tools to see if their drinks are laced with the extremely powerful substance.

In Cincinnati, Ohio, bar owner Jeremy Moore says his establishment is stocked with fentanyl test strips. He also has Narcan, which is a prescription drug used to treat overdoses.

"In bars and restaurants, you're going to be dealing with a wide variety of demographics and people of all walks of life," Moore said. "Being accepting of that, but also mindful of how best to put people in a position of safety."