Pompeo Confirms He Was On Controversial Trump-Zelenskyy Phone Call 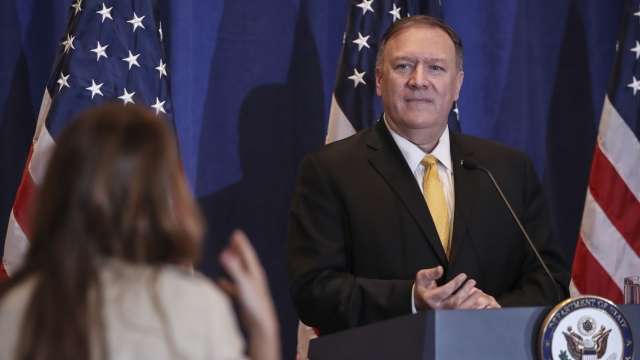 Mike Pompeo's admission is notable, in part, because he previously dodged questions about the Trump-Zelenskyy phone call.

"I was on the phone call," Pompeo said.

Pompeo's admission is notable, in part, because he previously dodged questions about that call.

And the president's call is central to the House's impeachment inquiry. The secretary is already facing a subpoena from the committees on Foreign Affairs, Intelligence and Oversight. They want Pompeo to turn over documents related to the Trump-Zelenskyy phone call, as well as anything linked to the president's personal attorney Rudy Giuliani and any discussions about delaying Ukrainian aid money.