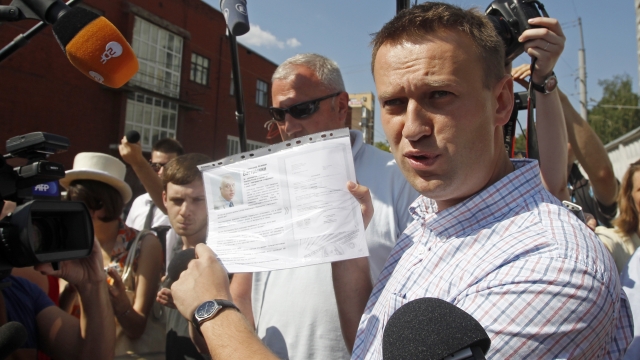 U.S. secretary of state says "Mr. Navalny's family and the Russian people deserve to see a full and transparent investigation."

After days of silence following the suspected poisoning of Russian opposition leader Aleksey Navalny, the Trump administration is supporting calls for an investigation.

Navalny was airlifted from Russia to Germany on Saturday and rushed to a Berlin hospital, two days after falling ill on a flight from Siberia to Moscow.

German hospital tests indicate that Navalny was likely poisoned during a stay in Siberia. On Tuesday, Secretary of State Mike Pompeo called for an investigation "if the reports prove accurate."

On Tuesday, Pompeo said: "Mr. Navalny's family and the Russian people deserve to see a full and transparent investigation carried out, and for those involved to be held accountable."

The Kremlin is rejecting demands for an investigation, denying that Navalny was targeted.

Navalny's followers say only Russian President Vladimir Putin could have authorized his poisoning. He remains in serious condition, but is expected to survive.