Pompeo: US Could Help North Korea Improve Its Economy 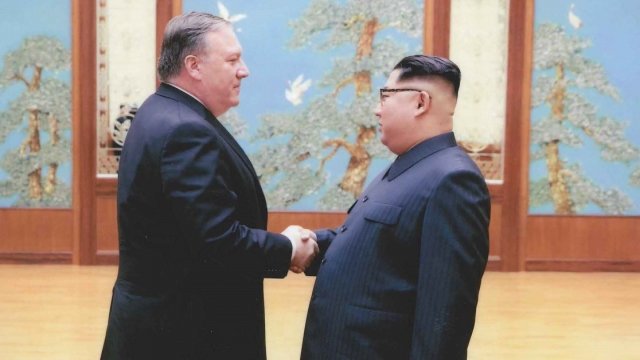 The U.S. has been a key partner in building up struggling economies, notably in Japan and Eastern Europe after World War II.

The U.S. could help North Korea build an economy to rival South Korea's, according to Secretary of State Mike Pompeo. But he said that can only happen if the country completely denuclearizes.

Pompeo didn't go into details, but he suggested the U.S. could help the North Korean economy if it were no longer a nuclear threat. The U.S. has been a key partner in building up struggling economies, notably in Japan and Eastern Europe after World War II.

North Korea has long seen its nuclear program as key to its survival, and it's not certain how sincere Kim Jong-un is about giving up his nuclear arsenal.

President Donald Trump is set to meet with Kim in Singapore in June. That will be the first time leaders of the U.S. and North Korea have ever met face-to-face.