What Do You Do When A Demolished Stadium Won't Fall? Blow It Up Again 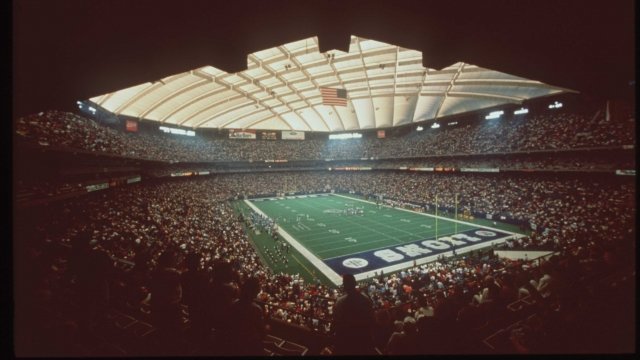 The Pontiac Silverdome managed to withstand a first demolition attempt, but crews finally brought it down — by blowing it up again.

The Pontiac Silverdome was demolished Monday, but it didn't go without a fight. An earlier attempt to take down the building failed.

The first time around, the demolition company handling the project placed explosives on the stadium's support beams — a plan similar to the one used recently to demolish the Georgia Dome. But when it was time for the blast, charges on eight key support beams didn't go off. The company suspects trespassers might have tampered with the explosives.

The demolition company worked with the mayor of Pontiac to approve a method to demolish the rest of the building. After crews fixed the wires, they were able to bring the building down.

If it hadn't worked, the entire stadium would have needed to be torn down by hydraulic excavators, possibly stretching the entire process for longer than a year.