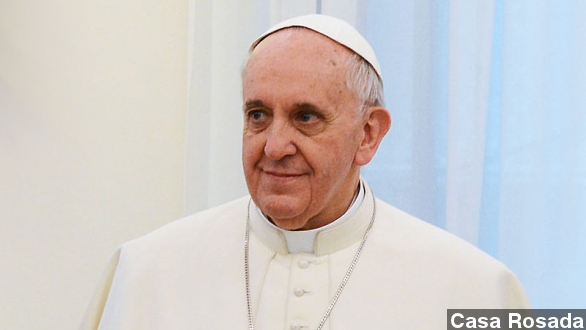 Pope Francis wants to provide more support for victims of sexual abuse, which has plagued the Catholic church.

Pope Francis has approved a new commission to prevent the sexual abuse of minors.

The council proposed the commission as a response to the Pope’s call for reform in the Vatican. (Via NBC)

According to O’Malley, Pope Francis wants to move focus from the judicial part of the issue, which has been heavily addressed, to the pastoral part. Namely, providing support for victims of sexual abuse.

O’Malley didn’t indicate a timetable for the creation of the committee, but did say it would be established in the “near future.” (Via The Wall Street Journal)

The members of the commission, who have yet to be chosen, will work to prevent sexual abuse in the clergy by improving screening for potential clergymen and possibly even creating a code of conduct. (Via Daily Mail)

The approval of the commission comes not long after the Vatican was criticized for refusing to provide information on the sexual abuse cases reported to the Vatican in the past 18 years. (Via BBC)

Pope Francis has been active in fighting sexual abuse in the Catholic church — he announced a law making it a crime to sexually or physically abuse children in the Vatican this July. (Via CNN)