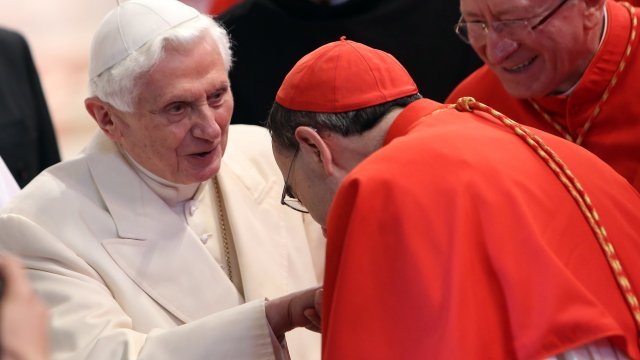 The former pope wrote an open letter in response to questions about his health.

Pope Emeritus Benedict XVI says he's coming to the end of his journey.

In a rare move, the 90-year-old wrote a public letter in which he said: "I can only say that in the slow waning of my physical forces, inwardly I am on a pilgrimage toward Home."

The letter was reportedly a response to an Italian newspaper's inquiry about how he was doing.