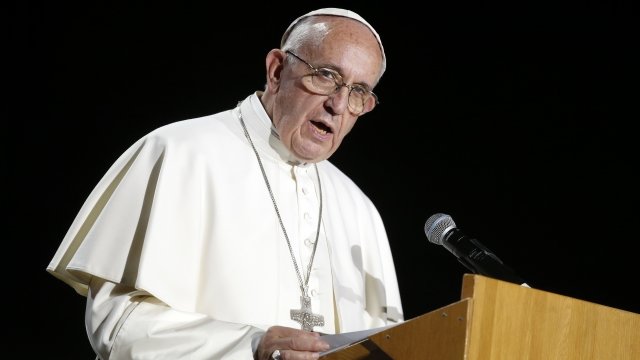 Pope Francis issued the letter to all Catholics on Monday.

Pope Francis issued a letter on Monday to all Catholics condemning sexual abuse by priests, as well as covering up such abuse.

He said that in the future "no effort must be spared to create a culture able to prevent such situations from happening." He also called for people who "perpetrate or cover up these crimes" to be held accountable.

The Catholic Church has dealt with multiple sexual abuse scandals over the years.

Just last week, a grand jury released a report that said more than 300 Catholic priests in Pennsylvania were credibly accused of abusing more than 1,000 children. And last month, the pope accepted the resignation of two archbishops in relation to prior sexual abuse scandals.

In Pope Francis' letter on Monday, he said no amount of asking for forgiveness for the abuse that occurred would ever be enough. But he said he hopes to create a culture that says "'never again' to every form of abuse."