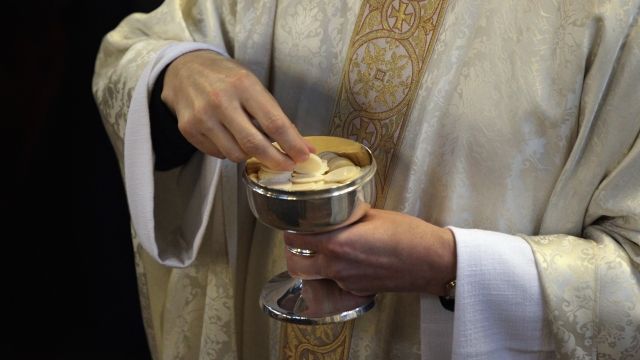 Although the Catholic Church does allow married men to achieve priesthood in some cases, it doesn't happen often.

Pope Francis says he might be open to letting some married men become priests.

The pope said in an interview with a German newspaper he would consider letting "viri probati" — or "tested men" — be ordained in the Catholic church.

He told the paper: "We need to think about whether 'viri probati' could be a possibility. If so, we would need to determine what duties they could undertake, for example, in remote communities."

Pope Francis Says The Spreading Of Misinformation Is A Sin

The Catholic church does allow married priests in certain circumstances. For example, Protestant married priests who convert to Catholicism can stay married and become a Roman Catholic priest.

But for the most part, the church says priests should not get married. The belief is they should be celibate, like Christ was in the Bible.

That stipulation rules out a lot of men who would otherwise be eligible for priesthood. And, as a result, there's been a shortage of priests around the world, especially in South America. The pope is from Argentina.

Pope Francis has also been debating other groundbreaking changes to the church, like female deacons.