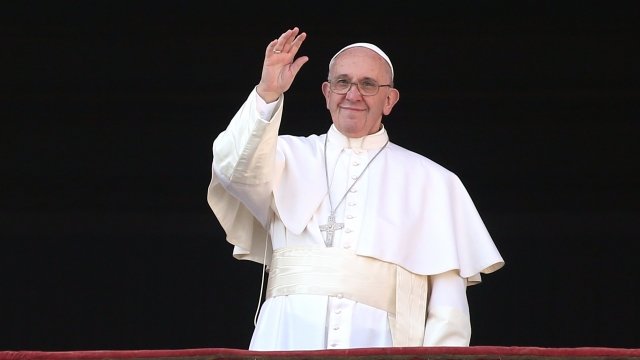 Pope Francis declined to renew Cardinal Gerhard Muller's term as leader of the Congregation for the Doctrine of the Faith.

The Catholic Church appears to be moving in a more progressive direction.

Pope Francis announced he won't reappoint the Vatican's lead theologian, Gerhard Ludwig Muller, to another five-year term in the position.

Muller led the Congregation for the Doctrine of the Faith, which aims to "promote and safeguard the doctrine of the faith and morals for the whole Catholic world."

But Muller and Pope Francis reportedly couldn't agree on what exactly that doctrine should be. Francis often sought to modernize the church, butting heads with Muller in the process.

Muller openly disagreed with Francis about whether there should be different interpretations of the church's teaching on divorced and remarried Catholics can participate in Holy Communion.

The position will be taken over by Luis Ladaria Ferrer, who, like Francis, is a Jesuit and speaks Spanish. He's also expected to be a little more in line with Francis' philosophy. Muller was appointed by Francis' predecessor, Pope Benedict XVI.

The Congregation for the Doctrine of the Faith also deals with church sex abuse cases, and critics say Muller hasn't done enough in his role.

A member of the pope's Commission for the Protection of Minors said Muller's office ignored its suggestions for improvement. This comes as one of Pope Francis' senior advisers was granted leave over sexual assault charges in Australia. That adviser has denied all charges.