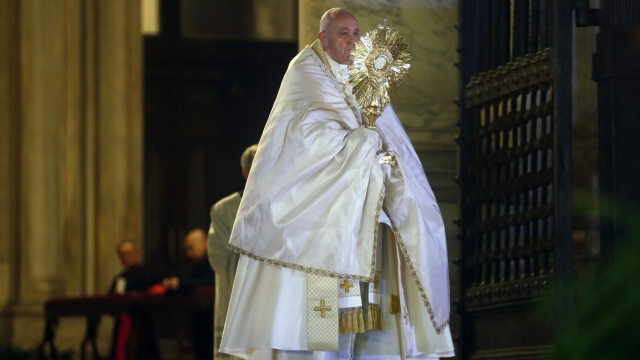 While delivering his Angelus, Pope Francis said he hoped a ceasefire would "inspire a renewed commitment to overcome rivalries."

Pope Francis is backing a call by a top United Nations leader for an "immediate global ceasefire in all corners of the world."

While delivering his weekly address on Sunday, Francis said he hoped a ceasefire would "inspire a renewed commitment to overcome rivalries in the leaders of nations and the parties involved."

Last week, UN Secretary-General Antonio Guterres called for a global ceasefire to "end the sickness of war and fight the disease that is ravaging our world."

Speaking from the official papal library, Francis also encouraged nations to protect humanitarian aid efforts and give special attention to "vulnerable" people such as prison inmates and residents of nursing homes.

The number of confirmed cases of the coronavirus in Vatican City has now reached six. A Vatican official said neither the Pope or his "closest collaborators" have tested positive for the virus.