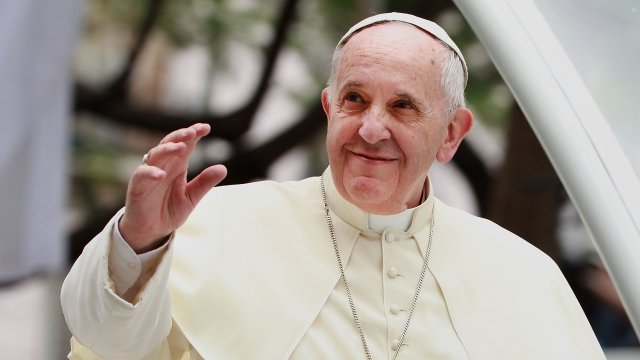 He says he has a problem with one of the lines.

Pope Francis wants to change the English version of the Lord's Prayer.

Lamborghini presented the pope with a special edition Huracán outside his Vatican residence Wednesday.

He says it should be something like "do not let us fall into temptation." Francis said, "It's Satan who leads us into temptation; that's his department."

The line has been questioned before. French Catholics edited the prayer because of how it came across. The French verse originally read "do not submit us to temptation." The church changed it to "do not let us fall into temptation."