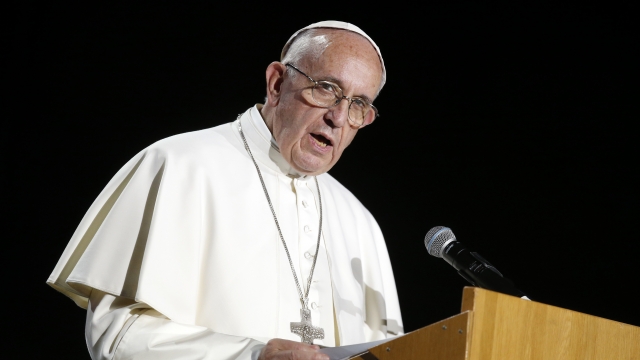 The rescript will require Catholic Church officials to comply with legal authorities' requests for information about reported sexual crimes.

Pope Francis has ended a Vatican secrecy rule with regard to sexual abuse cases. His special declaration, called a rescript, abolishes the so-called "pontifical secret" when it comes to clergy misconduct, and it's effective immediately.

Tuesday's rescript doesn't affect the "security, integrity and confidentiality" of information in sexual abuses cases, nor does it require church officials to report those cases to authorities.

But it does require the Catholic Church to share documents with legal authorities who ask for them. What's more, victims will now be able to know how the Vatican has dealt with their cases and speak out about their experiences.

The pontifical secret is the highest level of confidentiality in the Catholic Church, and those who break it can be excommunicated. It's often used for administrative cases, such as when cardinals are nominated or during investigations by the Secretariat of State.

Some Catholic churches have shared information with authorities, but others have cited the rule as a reason they cannot cooperate in sexual abuse cases.

Back in February, the Vatican had a landmark summit on sexual abuse by clergy members and how to protect minors. Many abuse survivors and church officials criticized the pontifical secret and demanded more transparency.

Archbishop Charles Scicluna, the Vatican's leading investigator for sexual abuse, said "pontifical secret is no longer an excuse" and that "the question of transparency is now being implemented at the highest level."

Pope Francis and the Vatican also issued a second rescript that bans clerics from having or distributing child pornography, which it defines as pornography involving anyone under 18. Previous church rules defined children as people under 14. That new rule will take effect Jan. 1.