Portland Police Declare Riot For Second Night In A Row 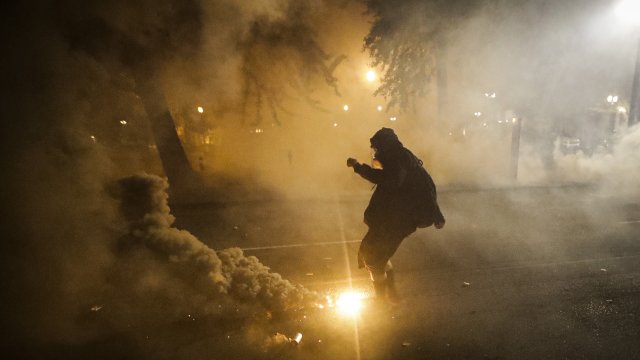 Demonstrators rammed a police precinct building with a beam, destroyed security cameras and started a small fire next to the building.

Portland police declared a riot for the second night in a row Wednesday.

Demonstrators rammed a police precinct building with a beam, destroyed security cameras and started a small fire next to the building.

Later in the night, police said they found what they thought was an explosive device outside a precinct. They told people to disperse and closed some streets. Law enforcement later said they recovered the device, but it wasn't an explosive.

Protesters have demonstrated nightly in the city for over two months since George Floyd's death. They're calling for the city to defund the police department and want charges dropped against protesters who have been arrested.