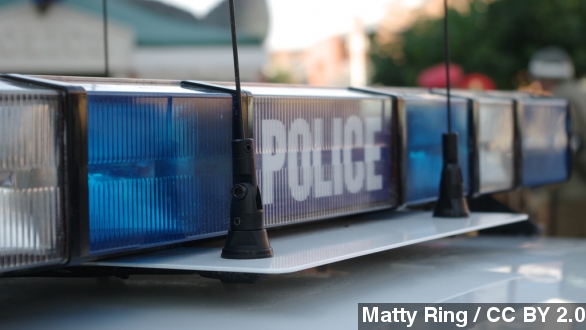 Online video has surfaced of a Washington man being shot by police, but he appears to be unarmed with his hands out in the air in the video.

One witness told KEPR: "All I saw was this poor guy was running from the cops. ... I didn't see no gun, no reason."

Police said they received a report that 35-year-old Antonio Zambrano-Montes was throwing rocks at cars before they arrived on the scene. It's not clear if he was armed with any weapons.

The police department also released a statement saying two officers were struck with the rocks and that Zambrano-Montes refused to follow officers' commands.

"A TASER was also deployed with no effect on the subject. With the threatening behavior by the subject toward the public and officers continuing, officers ultimately fired on the subject with their service weapons and the subject went down," the press release said.

We've decided not to show the video due to its graphic nature, but in it Zambrano-Montes can be seen running from the officers. At the end of the video, he appears to turn around and holds out both hands before he's shot multiple times.

There were at least a dozen witnesses at the scene Tuesday, and Tri-City Herald says it was right by a popular grocery store and "crowded" intersection. In a different article, the outlet reported Zambrano-Montes had been battling depression and had shown erratic behavior in the past. It also says he did not speak English well.

The coroner is considering conducting a rare inquest, in which six jurors are called to determine if the shooting was justified. The coroner told NBC he has only participated in two inquests in the past 20 years.

This is the fourth time police have used deadly force in past seven months in Pasco, a city of about 68,000 people. The officers in the previous three cases were found to be justified in using deadly force. The three involved in Tuesday's incident have been put on leave while officials investigate.