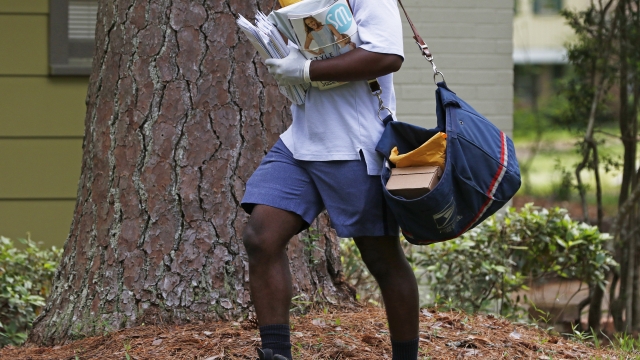 President Donald Trump's new Postmaster General has forced out two top executives in a sweeping postal service overhaul. And Democrats are complaining the Friday moves could further slow mail delivery, as a record number of people vote by mail during the pandemic.

Postmaster General Louis DeJoy said in a memo Friday the two ousted executives oversaw the U.S. Postal Service's day to day functions. They were among 23 executives who were relocated or left out of the new structure.

According to The Washington Post, analysts say the new set up gives DeJoy, a former Trump campaign fundraiser, significantly more control of the country's mail service.

The shake-up comes as complaints of U.S. Postal Service delays and over $9 million in budget shortfalls permeate the news. Complaints have come from as high up as Democratic leadership, with Senate Minority Leader Chuck Schumer and House Speaker Nancy Pelosi reportedly sparring with DeJoy.

The Democratic leaders reportedly clashed about reports of an increasing mail backlog and how that could effect the 2020 election as millions of voters cast their ballots by mail.