Postmaster General Suspends Changes 'To Avoid Impact' On The Election 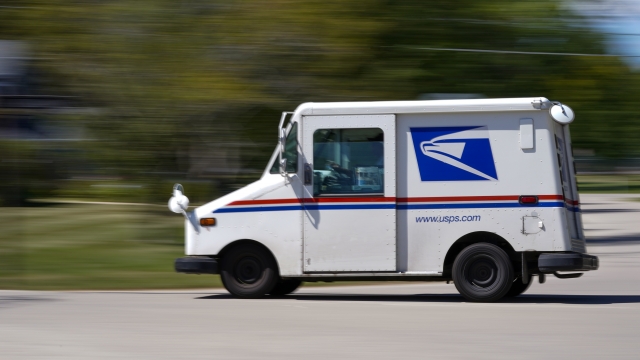 Postmaster General Louis DeJoy announced his decision after widespread outcry. Unions complained that the changes were slowing down mail delivery.

After public outcry, Postmaster General Louis DeJoy is announcing all changes to the Postal Service will be delayed until after the election — to, quote, “avoid even the appearance of any impact on election mail.”

It comes after union members told Newsy DeJoy's reforms were intentionally slowing mail service. One point of contention: a reduction of trucks and tighter schedules.

"Now Louis DeJoy is going to make the trucks run on time. And in doing so, he's leaving tens of thousands of pieces of mail to be delayed."

Paul Hogrogian, President of the National Postal Mail Handlers Union, says trucks commonly wait a few extra minutes for the last pieces of mail. Not so in recent days — the delivery delay on each end could mean Americans lose two days to vote by mail. He says it’s unlike anything he’s ever seen in nearly 50 years.

"Now to purposely let it sit there for a day, a day or two, goes against every grain in our body," Hogrogian says.

Another point of distress: mail-sorting machines. In recent weeks, they were disassembled or pulled from processing centers. White House Chief of Staff Mark Meadows flagged the change:

"I’m saying that sorting machines between now and the election will not be taken offline," Meadows says.

But Kevin Tabarus, who oversees mail handlers in the New York City metropolitan area, has questions about machines that were taken apart two weeks ago and now sit in pieces on the workroom floors of processing plants.

"Would it be sold for junk? You know, they didn't give me a definitive answer as to what's going to end up happening with these machines. And they didn't tell me they're going to put them back together," Tabarus says.

Newsy posed that question to the Postal Service which did not respond.

DeJoy says he’s expanding leadership of a task force focused on election mail and partnerships with state and local election officials across the country.

It comes as staffing is down, as thousands of people stay home to quarantine or deal with child care needs during the pandemic. DeJoy says overtime hours will continue to be approved “as needed.”

"We're running at about 75 percent availability. Now, you have to make up those hours somehow. And that's how we do it, with overtime," Hogrogian says.

DeJoy previously said the changes were necessary for the cash strapped federal agency and its broken business model, but that didn’t stop protesters from gathering at his homes in Washington, D.C and North Carolina over the weekend. He agreed to testify before Congress on Friday about what the changes might mean for mail-in voting and the nearing presidential election.

Unlike most people who have served as postmaster general before him, DeJoy has a business background — in logistics and supply chains. He’s also a major donor to the Republican Party and President Trump. His tenure at the Postal Service began June 15, preceded by the president’s baseless and steady denunciation of voting by mail.