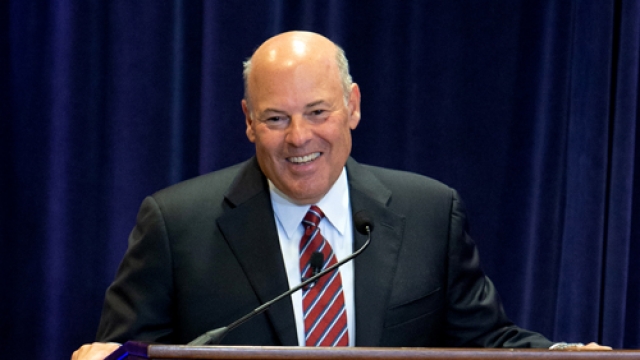 Postmaster General Lewis DeJoy will appear before Senate panel Friday amid uproar over operations of the agency.

Postmaster General Louis DeJoy is set to testify in front of the Senate’s main government oversight committee — as concerns swell over changes at the post office just months ahead of election day.

However a Harris aide told Newsy the senator will submit a list of questions in writing and will not be making an appearance at the virtual hearing.

Friday marks the only time we are likely to hear directly from DeJoy, a former logistics executive and Republican mega-donor, ahead of a rare weekend vote in the House of Representatives on the Delivering for America Act.

The act would send the cash-strapped agency an additional $25 billion in emergency funding and legally prevent changes in service until the pandemic ends.

“The Post Office is not a private business,” argued S. David Fineman, a former chairman of the Postal Service’s Board of Governors. “It’s not in business to make a profit.”

Fineman served on the Postal Service’s Board of Governors for ten years, ending in 2005.

He told Newsy that DeJoy’s credentials running a logistics company are noteworthy — but the board’s selection of a major donor to President Trump and Republicans is “highly unusual.”

“The question really becomes to the American public: ‘Is there an appearance of a conflict [of interest]?’”

In his brief tenure, DeJoy has pushed for organizational changes aiming to make the service more efficient and profitable, some of which are now on hold after bipartisan scrutiny, as millions of Americans prepare to vote by mail amid the coronavirus pandemic.

“He and I probably are in total agreement that there are changes that have to be made,” Fineman said.