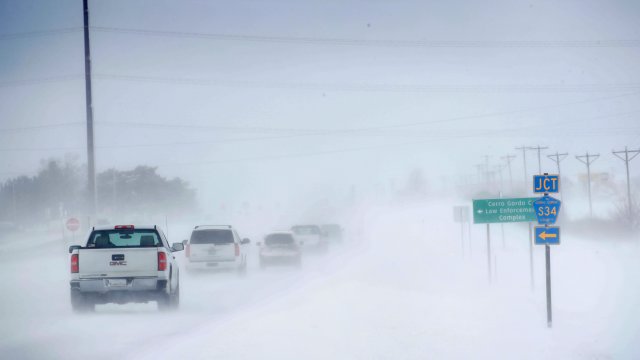 The bad conditions from two storms were expected to impact travel through Monday.

Powerful storms were still causing headaches for millions of Thanksgiving travelers as they tried to return home after the holiday.

According to Flightaware, hundreds of flights were canceled and thousands more were delayed across the U.S. Sunday, thanks to a major winter storm pummeling the Midwest and Northeast. The bad conditions were expected to impact air travel through Monday.

And things weren't much better on the roads as wind, snow and mixed precipitation made driving difficult if not impossible in some areas.

On the other side of the country, a different storm forming in the San Francisco Bay area threatened travelers with high winds, heavy rain and even snow in some areas.

Last week, a pair of dangerous storms also caused big problems for millions of Thanksgiving travelers. The storms caused planes to slip off the runway and led to traffic accidents in multiple states.