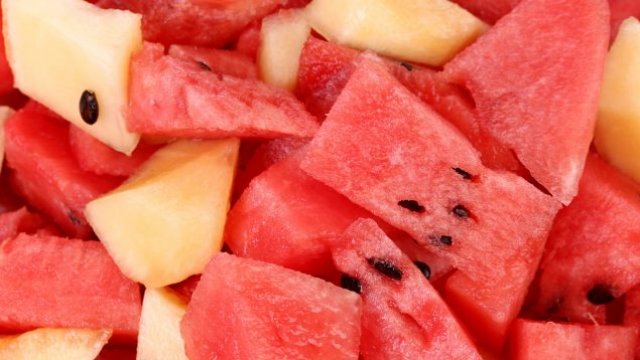 Thirty-one people have been hospitalized, and a distributor has recalled some pre-cut watermelon, cantaloupe and honeydew melon.

At least 60 people in five states have gotten sick after eating pre-cut melon thought to be contaminated with salmonella. Thirty-one people have been hospitalized.

According to the recall, the potentially contaminated pre-cut melon was distributed in Georgia, Illinois, Indiana, Kentucky, Michigan, Missouri, North Carolina and Ohio. The recall extends to both retailers and consumers, since the product could still be on store shelves.

The affected fruit was sold in clear plastic containers at Walmart, Costco, Kroger and Walgreens stores, among others.

The Centers for Disease Control and Prevention said people should throw away or return the recalled melon. There is an ongoing investigation into the salmonella infections.