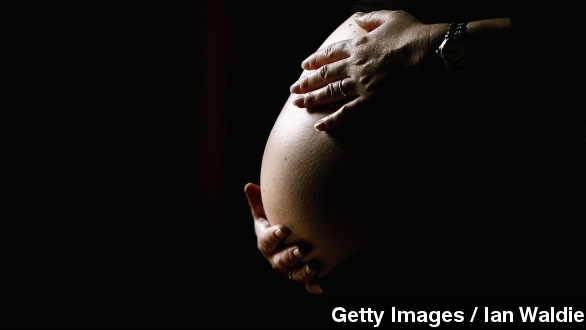 Harvard researchers found children whose mothers were exposed to high pollution levels in the third trimester were twice as likely to develop autism.

Children whose mothers were exposed to high levels of pollution while they were pregnant could have up to twice the risk of developing autism, according to a new study.

Scientists at Harvard found women exposed to high levels of fine particulates in the air, especially during their third trimester, were much more likely to have children with autism.

This is the first nationwide study to look at the correlation between prenatal exposure to air pollution and autism. Previous studies have suggested such a link as well, although those studies were much smaller in nature.

They recorded where the women were located during their pregnancies and how polluted the air was in those locations.

The BBC explains particles from polluted air can pass from the mother's lungs to her bloodstream, where they can then damage the development of the woman's unborn child.

And NBC reports unborn babies are particularly vulnerable during their third trimester because that's when much brain development takes place.

Autism is a developmental disability that can cause communication, behavioral and social challenges.

Little is known about what's causing this sudden increase.

The disorder is believed to be rooted in genetics, as it tends to run in families, but that doesn't explain the sudden spike — leading some in the medical community to believe environmental factors like air pollution must be playing a role.

Researchers said this study not only provides key insight into the origins of autism, but it also points to a potential solution to reduce the risk — lessening pregnant women's exposure to pollutants.