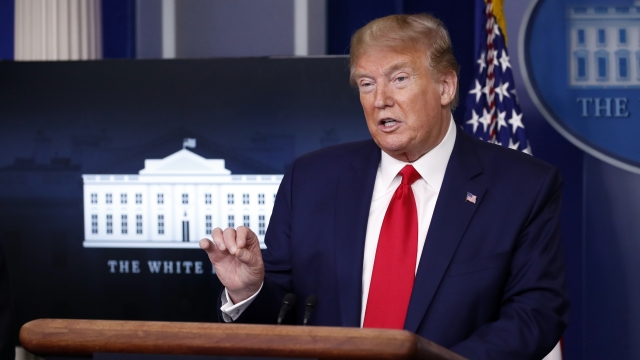 He tweeted several times on Friday after speaking individually with leaders of Indonesia, Ecuador, Honduras, and El Salvador.

President Donald Trump says the U.S. will send ventilators to other countries to help with their coronavirus combating efforts.

He tweeted several times on Friday after speaking individually with presidents of Indonesia, Ecuador, Honduras, and El Salvador.

President Trump praised Indonesia for its cooperation with the U.S.. He also praised El Salvador and Honduras for helping with U.S. immigration control along the southern border.

In February, U.S. Secretary of State Mike Pompeo announced $100 million in monetary aid for China to fight the virus, along with medical supplies.

The U.S. has also promised aid to other countries including Japan, Italy, Spain and the U.K.