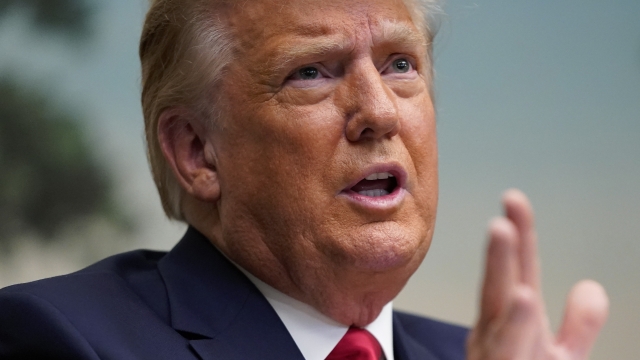 President Trump told reporters he would leave the White House if the Electoral College votes for President-elect Joe Biden.

The president spoke to reporters last night after holding a teleconference with U.S. military leaders stationed overseas. He criticized election officials in Georgia and Pennsylvania, two key swing states President-elect Biden won. President Trump claimed fraud, with no evidence again. Despite that, the president did say he will leave the white house if the Electoral College seats Biden.

Reporter: "If the Electoral College does elect President-elect Biden, are you not going to leave the building?"

President Trump also spoke about potential coronavirus vaccines He said deliveries will begin as early as next week.

Pres. Donald Trump: "We are rounding the curve. The vaccines are being delivered. Literally it'll start next week and the week after, and it'll hit the frontline workers and seniors and the doctors, nurses, a lot of people gonna start and we're going very quickly."

The president's comments come ahead of a meeting next month, where FDA regulators will meet and review Pfizer's request for emergency use authorization of its vaccine candidate with BioNTech.