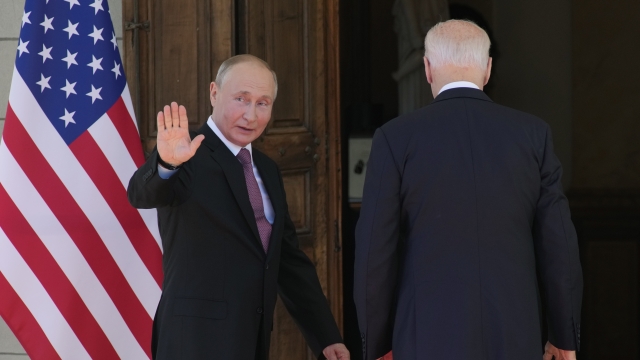 The meeting is expected to last between four and five hours.

President Biden is meeting with Russian President Vladimir Putin in Geneva, Switzerland. It's part of the last and most significant leg of his European trip.

The leaders have their differences, but they both agree on one thing — the relationship between the U.S. and Russia is the worst it's been in years.

The meeting is expected to last between four and five hours.

The presidents were joined by Switzerland's president, who welcomed them ahead of their meeting.

President Biden and Secretary of State Antony Blinken first met with President Putin and the Russian foreign minister. They'll then have expanded talks with five members of each delegation.

They're not having a joint news conference like Presidents Trump and Putin did at the end of their 2018 summit in Finland. Instead, President Putin will go first. Then, President Biden will hold his own news conference before returning to the U.S.