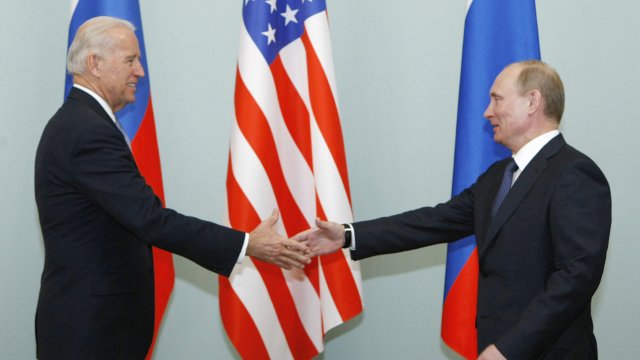 The Russian leader has described relations between the superpowers to be at a low point.

President Biden agreed Sunday, speaking to reporters at the Group of Seven leaders' summit in Britain.

"Let me make it clear I think he's right it's a low point, and it depends on how he responds to acting consistent with international norms, which in many cases he has not," President Biden said.

On the agenda for Wednesday: arms control... but also interference in U.S. elections.

"I checked it out, so I had access to all the intelligence. He was engaged in those activities. I did respond and made it clear that I'd respond again," President Biden said.

Secretary of State Antony Blinken explained during an appearance on Fox News Sunday.

"When it comes to ransomware, no responsible country should be in the business of harboring criminal organizations engaged in those practices," Blinken said. "And that is something that the president very much intends to take up with President Putin."

Republican Rep. Michael McCaul of Texas said the U.S. needs to do more than just talk.

As for Putin, he says he knows nothing of the cyberattacks or ransom demands.

But he told Russian state television Russia would be willing to help combat the problem but wants the U.S. to "extradite corresponding criminals to the Russian Federation."