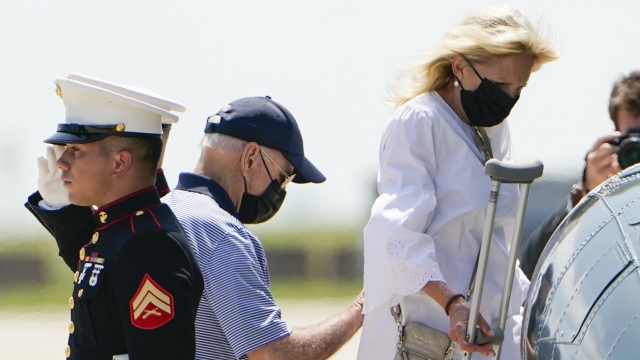 He's the fourth U.S. president to confront challenges in Afghanistan and has insisted he wouldn’t hand America’s longest war to his successor.

The Taliban is now retaking the capital of Kabul. And the White House is facing pressure from Republicans who say President Biden should have seen this coming.

"It's an epic failure on President Biden's foreign policy. He needs to take ownership of it and take other steps to make sure this doesn't happen again," Louisiana Rep. Steve Scalise said. "If he's not going to clean house, he was either widely misled by his own intelligence, or he was misleading the American people deliberately but he said very different things just days ago than what we're seeing happen on the ground. He's got to take ownership for that. "

"It's an unmitigated disaster of epic proportions," Texas Rep. Michael McCaul said. "This is going to be a stain on this president and his presidency and I think he's going to have blood on his hands for what they did."

Congresswoman Liz Cheney blamed the current administration and former President Trump for the situation. She says it started with Trump negotiating a withdrawal deal with the Taliban and blamed him for treating them as partners for peace. She says it's ending with President Biden abandoning the country, allowing it to fall back into the Taliban's hands.

The situation is getting attention around the globe. During his Sunday address, Pope Francis says he shares concern for the people there and called for peace and an end to of violence.