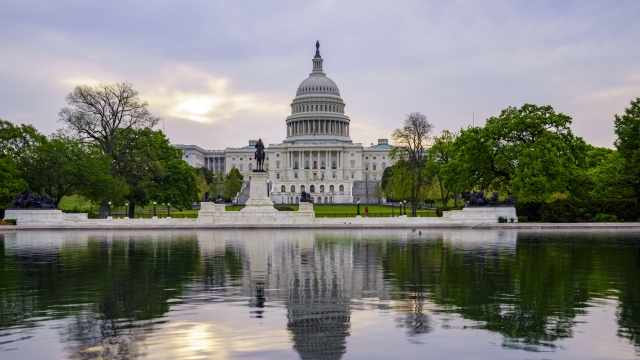 Just about 200 lawmakers will be in the room that normally seats 1,100.

President Biden is preparing to give his first address to a joint session of Congress.

Alex Miller gives us a look at what to expect: The Biden White House team says he's planning to deliver his address to Congress as if it were going to be a packed crowd, but the reality is, it won't be.

Just about 200 members of Congress will be in the room that normally seats 1,100.

They'll be on both levels and socially distanced. No guests are going.

We're expecting more Democrats than Republicans, but decisions on tickets are being made by leadership.

President Biden will unveil his American Families Plan, which will touch on a host of issues from health care to child care to education.

We're hearing the speech is about 5,000 words, though they are still putting the finishing touches on it. That could mean it may be just under an hour, but we won't have the normal stand up-sit down-long applause that we typically see.

It will be the first time two women are sitting behind a president.

Vice President Kamala Harris and Speaker Nancy Pelosi will be flanked behind President Biden as he delivers his speech. But he won't be looking into a crowd of Supreme Court Justices or Cabinet members. Just the chief justice and a few Cabinet members will be in attendance.

Stay with us for live coverage with the major takeaways and no partisan spin.

It all starts at 7 Eastern on Newsy Tonight with Chance Seales.