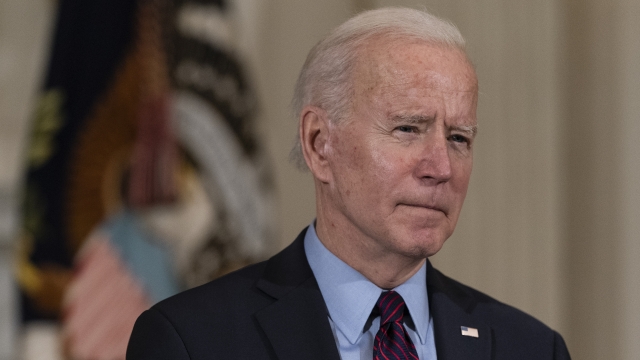 President Biden and Vice President Kamala Harris are scheduled to take a virtual tour of the Arizona Cardinals' stadium.

The president said he plans to take up the NFL's offer to use its teams stadiums as mass vaccination sites.

He said NFL Commissioner Roger Goodell reached out to him and offered the league's 32 stadiums.

President Biden and Vice President Kamala Harris are scheduled to take a virtual tour of the Arizona Cardinals' stadium.

It's currently a vaccination site.

And six other NFL stadiums are already being used for this effort.