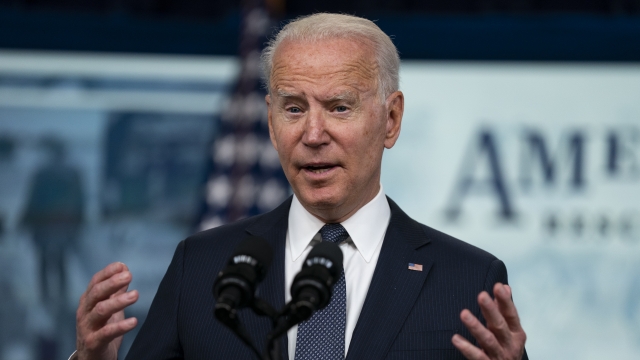 The president is meeting with victims of Hurricane Ida and touring some of the hardest-hit communities while promoting his climate change agenda.

President Joe Biden is calling for greater public resolve to confront climate change and help the nation deal with the fierce storms, flooding and wildfires that have beset the country as he makes his way to hurricane-battered Louisiana on Friday.

“My message to everyone affected is: We’re all in this together,” Biden said in a speech Thursday at the White House, where he addressed the multiple natural disasters that have unfolded this week. “The nation is here to help.”

Trips to natural disaster scenes have long been a feature of the U.S. presidency. It’s a moment to show compassion and deliver aid in ways that can shape the public’s perception of White House leadership.

Biden was scheduled to meet with Louisiana’s Democratic governor, John Bel Edwards, and other local officials and tour a neighborhood in LaPlace, a community between the Mississippi River and Lake Pontchartrain that was inundated by storm surge flooding that left people trapped in attics.

In the aftermath of Hurricane Ida, Biden is grappling with the persistent threat posed by climate change and the prospect that disaster zone visits may become a more regular feature of the presidency.

When Biden last visited Louisiana in May, to promote his infrastructure package, he spoke in the city of Lake Charles, where there was a glass tower visible from the podium that was still covered in plywood because a pair of hurricanes last year had blown out the windows.

Scientists say climate change increases the frequency of extreme weather events — such as large tropical storms, and the droughts and heatwaves that create conditions for vast wildfires. U.S. weather officials recently reported that July 2021 was the hottest month ever recorded in 142 years of record-keeping.

As for Friday's trip, Biden said his message to the Gulf Coast was: “We are here for you. And we’re making sure the response and recovery is equitable so that those hit hardest get the resources they need and are not left behind.”

Ida was the fifth-most powerful storm to srike the U.S. when it hit Louisiana on Sunday with maximum winds of 150 mph, likely causing tens of billions of dollars in flood, wind and other damage, including to the electrical grid

The storm has killed at least 45 people in the Northeastern U.S. and at least 13 in Louisiana, Mississippi and Alabama.