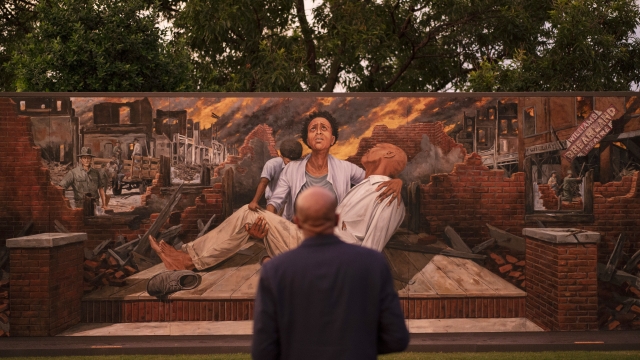 Survivors of the devastating racist attack on Black Wall Street want justice and reparations. It's estimated up to around 300 people were killed.

President Biden is unveiling efforts to reduce the racial wealth gap as he visits Oklahoma today to commemorate the Tulsa Race Massacre.

Survivors of the devastating racist attack on a community known as Black Wall Street want justice and reparations. It's estimated up to around 300 people were killed. And the massacre is something many didn't learn about until recently.

"For so many, it was an issue that was not to be discussed and one, some people did it to survive because they knew 'Who are we going to talk to about the injustices' because, for now, a century now, there's been no repair," said Oklahoma state Rep. Regina Goodwin. "There's been no one charged for the crime. So we do sit on sacred land. There's blood in the soil, and I tell you, even today, there are those that don't want to speak of it."

Meanwhile, the city is digging up what could be the remains of some victims at Oaklawn Cemetery, the site of a mass grave. The city says the excavation could last months.