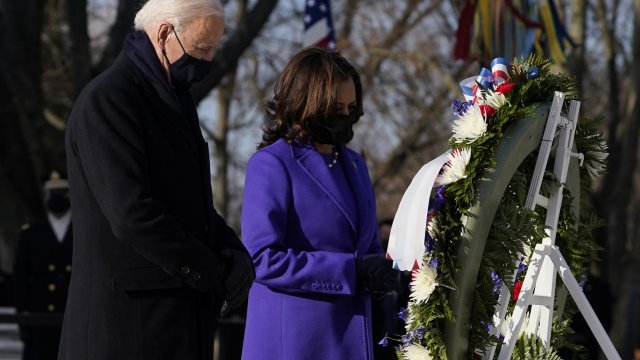 Former presidents Barack Obama, George W. Bush and Bill Clinton were there also with their families.

After a historic swearing in ceremony, President Biden and Vice President Harris spent some of the first moments of their term at Arlington National Cemetery.

They honored fallen veterans and laid a wreath at the Tomb of the Unknown Soldier – as is tradition for incoming presidents.

Former presidents Barack Obama, George W. Bush and Bill Clinton were also there with their families, although former President Donald Trump flew to Florida before President Biden was sworn into office.