President Donald Trump Could Finally Visit The UK This Year 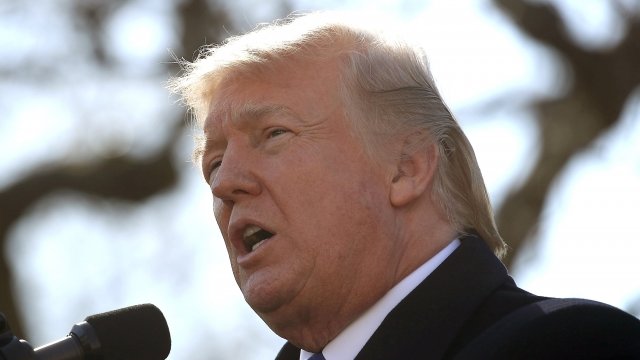 U.K. Prime Minister Theresa May and Trump asked officials to finalize the details of a visit later this year.

U.S. President Donald Trump could finally pay a visit to the U.K. this year.

During a meeting at the World Economic Forum on Thursday, British Prime Minister Theresa May and Trump asked officials to work together to finalize the details of a visit later this year.

At Davos, Trump And The UK Prime Minister Talk Future Of Trade

President Donald Trump and U.K. Prime Minister Theresa May met for the first time in months.

Earlier this month, Trump said he canceled a planned visit to Britain in February because of the "bad deal" the Obama administration made for a new U.S. Embassy in London.

But reports claimed he was reluctant to greet the mass protests that were expected to take place during his trip.

There's no word on when Trump's trip would take place. And it's unclear if it would be a normal visit or an official state visit.