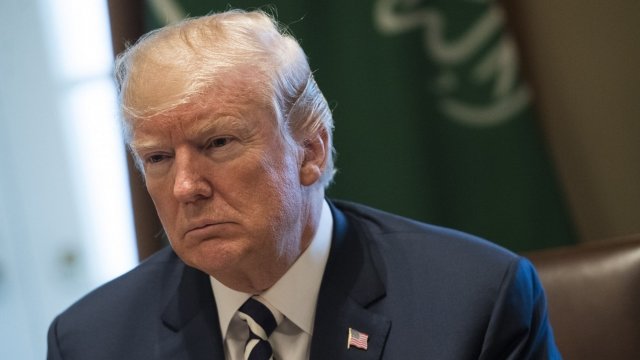 President Trump wants other NATO member countries to step up their defense spending.

President Donald Trump has been clear about his goal for the NATO summit in Brussels on July 11 and 12.

He wants the other NATO members to increase their defense spending.

Here's what's going on: There are 29 NATO member countries. The organization asks its members to contribute 2 percent of their GDP to defense spending. But this rarely happens. In 2017, only a few countries met that goal. The U.S. was one of them, spending a little more than 3.5 percent of its GDP on defense.

A senior White House official told The Washington Post that President Trump has threatened to cut Washington's spending on Europe's defense if other countries don't step up.

"I’m gonna tell NATO: 'You gotta start paying your bills. The United States is not gonna take care of everything,'" Trump said at a rally in Montana.

As Newsy has previously reported, defense spending isn't the only benchmark for whether member countries are pulling their weight in the alliance. NATO also tracks some other indicators, like deployability abroad.

After the NATO summit, President Trump is expected to head to a meeting with Russian President Vladimir Putin on July 16 in Helsinki.