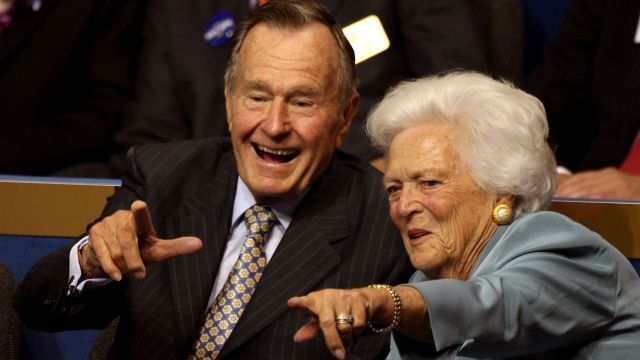 Former President George H.W. Bush will get the honor of doing the pre-Super Bowl coin toss.

Super Bowl LI is getting two of Houston's most famous residents to flip the coin before the game.

The 41st president, George H.W. Bush, and his wife, Barbara, will get the big game started, and that's a big responsibility.

Why No One On TV Wants To Say 'Super Bowl'

Why are so many TV hosts and advertisers calling Sunday's matchup "the big game" instead of the Super Bowl?

Bettors will plunk down money on anything Super Bowl related, from the length of the national anthem to the color Gatorade that gets dumped on the winning coach. And yes, that includes whether the coin toss comes up heads or tails.

There was some doubt about whether President Bush would be able to attend. In January, the 92-year-old was hospitalized for 12 days with pneumonia.

But now that he's feeling better, a spokesman for the Bushes said the couple "didn't hesitate for one second" before accepting the offer.